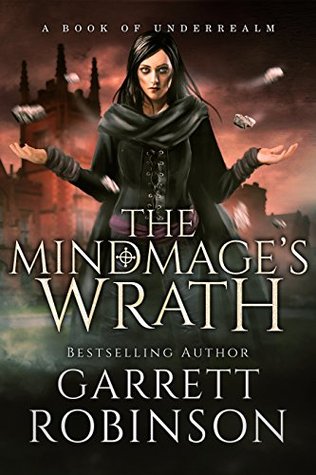 Combining powerful magics and political intrigue with a tight focus on character, Robinson creates a tale that will appeal both to fantasy and mystery readers.

Following the attack on the High King’s Seat, both Ebon and the Academy struggle to return to the ordered study of magic. A struggle made worse by the murder of an instructor by assailants unknown, and rumours of powerful artefacts going missing. With the new Dean certain Ebon is involved and Ebon’s friends certain they know who is responsible, Ebon must act; but how can he prove himself innocent without revealing he killed the previous Dean?

Rather than escalate the scale of the physical threat, filling each volume with larger armies sweeping greater areas, Robinson tightens his focus again while increasing the ambivalence of events. This narrowing builds a strong air of paranoia, making Ebon seem to be at greater risk than in the previous book without diffusing the reader’s intense connection with him.

However, the wider world is not ignored. Characters do share news of, and speculations about, the threat of the Shades and their allies; but they do so as responses to events directly relevant to themselves. As such, the reader is in the same position as the characters: knowing there is a greater threat, but forced to speculate based on what they can find out.

As both the second volume in this series and the fifth set in the same world, Robinson includes references to events prior to the book. However, as with the wider present, these are presented with sufficient hints that readers can see the relevance to this story, but not such detail that readers familiar with the other books lose tension through retreading old ground.

Ebon continues to be a sympathetic protagonist, the unfair accusations levelled against him weighing on him as much as the actual secrets he keeps. The tension between his membership of a family everyone distrusts and a family that distrusts him remains; but, with the increased understanding of magic that lets him advance his lessons grounded in a secret he dare not share, he can no longer even escape politics in the joy of learning.

The supporting cast also display this greater interpenetration of traits, many pieces of evidence uncovered in Ebon’s search for answers revealing not the answers he seeks but new, more complex, perspectives on the actions and personalities of his friends, family, and associates.

This sense of a fresh viewpoint is especially strong with Xain. While he is clearly the same character as the disgraced wizard from Nightblade, Dean Xain of the Academy is also a figure of the establishment with different motivations than before.

Overall, I enjoyed this novel greatly. I recommend it to readers seeking character-driven fantasy with a real sense of a wider world.