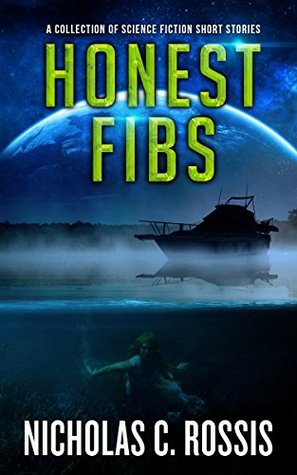 Mixing metaphysics, brutal action, humour, and sudden reveals, but maintaining a focus on accessible characters, Rossis offers a collection of speculative fiction that will appeal to many palates.

This collection contains five short stories set within the eponymous sixth, along with four stories extracted from his other collections.

As with Rossis’ previous collections, some of the stories have a twist in them. While some readers might find these irritating, the twists are – for the most part – implied in if not suggested by preceding events; so err on the side of the unexpected rather than the unfeasible.

And, as with earlier compilations, Rossis layers more philosophical questions beneath the action. However, this is less pronounced than some, with several stories being pure entertainment.

Of especial note is ‘Shoot the Devil’, which is both an engaging thriller and a fresh angle on the almost-clichéd “Go back and kill Hitler” plot.

While ‘Honest Fibs’ is, due to the repeated breaks for other stories, potentially less immersive than the others, Rossis balances the length of the segments well, neither giving the reader the sense the parts are contentless interruptions nor letting the reader sink deeply enough that the next transition jerks them away.

The content of the framing story is similarly well-balanced. Each section develops the story and characters but does not advance so many threads that readers risk losing them during the intervening stories. As such, the story will suit both those who read a collection cover-to-cover in a brief interval and those who pick them up and put them down.

Overall, I enjoyed this collection. I recommend it to readers looking for brief but stimulating speculative fiction.