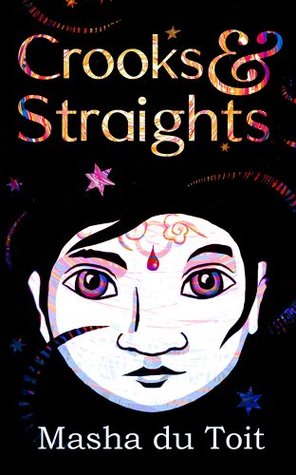 Combining themes of fear-of-the-other and generational conflict with a portrayal of Cape Town fine enough to leave a hint of the spice blend in the take-away, du Toit offers accessible urban fantasy free from the clichés of the US and Europe.

Freed from apartheid, South Africa also became a haven for magical beings and practices rejected by other nations. However, with the radically pro-human Purists gaining both political and popular power, Cape Town is no longer the integrated society it was. None of which is of more than passing interest to Gia as she prepares to take early exit from school and copes with the additional issues of her brother Nico’s autism. However, when a school talk from Special Branch — the paramilitary unit tasked with policing the magical — reveals some children presenting as autistic are actually suffering from uncontrolled magical talent, she discovers the issue might be closer to home than she thought.

While a story set in South Africa containing a struggle between human purists and an increasingly disdained magical underclass cannot avoid — and indeed might seem odd without — metaphors for apartheid, du Toit does not labour the point. Although the specifics are South African, the core is the universal issue of tribalism.

Tribalism is also only one of the several threads running through this novel, from the extremely personal conflict of an old friend not getting on with a new one, to the mundane issue of celebrity culture. Interweaving the trivial with the momentous, du Toit creates a picture of a world like our own but with the openly magical rather than a world defined by the openly magical.

The deviations from our world are equally nuanced. A core cast of South African mythical creatures is expanded by refugees from other nations, providing readers with a strong feeling of place without sacrificing the internationally famous creatures that provide a backbone to urban fantasy.

This mixed cast of supernatural beings and magical systems also provides a clear distinction from apartheid. Instead of questioning whether subtle distinctions of race render people more capable or more civilised, the division of residents into humans and others raises more complex questions: are powers of mind-control acceptable; should creatures whose existence poses a threat to others be part of society; is sentience a fair marker of equality.

Gia is a well-crafted protagonist. Torn between her love of her brother and her anger at her parents expecting her to give up her wants to meet his needs, and between the continuing education her parents expect her to take and the apprenticeship in art she desires, she is both a plausible and sympathetic teenager.

The supporting cast are equally plausible. Humans and magical beings each have their own personalities and desires, shaped but not defined by any powers they might have; a complexity that is especially evident in those characters whose species is not revealed, leaving the reader ambivalent over whether they are magical, eccentric, or both.

Overall, I enjoyed this book greatly. I recommend it to urban fantasy fans looking for a fresh perspective on the genre.

I did not receive a free copy of this book, and was not asked to write this review; however, I am a member of the same online writing community as the author.

One thought on “Crooks and Straights by Masha du Toit”