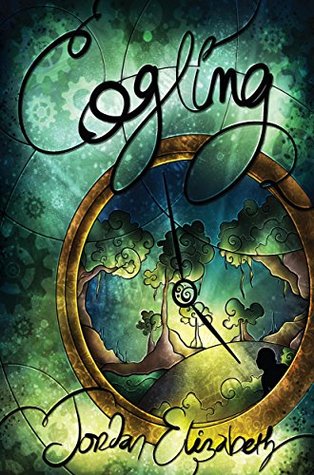 Combining an epic quest, intriguing technology, and odd magics, with nuanced characters and complex societies, Jordan creates a steampunk fairytale that doesn’t rely on flash and veneer to carry the reader’s interest.

As a member of the lower class, fifteen-year-old Edna Mather considers herself lucky to have secured a job for her and her seven-year-old brother that doesn’t risk losing limbs to machinery. But when her brother collapses into a pile of gears, leaving only an ornate pocket watch behind, she discovers that the apparently merciful Hags are stealing children and replacing them with mechanical duplicates. With the nobles and the police only interested in keeping the poor in their proper place, she is forced to rely on a thief with his own reasons to hate the Hags.

This novel is a fusion of dark fairytale and steampunk. As such, there is a tension between the powerful and illogical magical races and the grimy and logical industrial society of the humans. While Jordan plausibly resolves the question of why an industrial revolution would occur when magic can meet almost any need with high pricing, economics take longer to reveal themselves than visceral experiences; as such, the initial chapters of the book might seem poorly integrated to some readers.

Once past any initial uncertainty, the reader’s perseverance is rewarded with an engaging and plausible high-magic version of Victorian society and its mixture of extreme social rigidity and technological innovation. Appropriately for a re-framing of the classic changeling tale, the magical elements take the forefront. However, this might disappoint readers seeking high steampunk rather than fantasy with technology.

This novel’s greatest strength lies not in its trappings, though, but in its depth. While it is a rollicking quest to defeat a villainous scheme, the majority of the grime comes not from the steam-power or muddy swamps, but from the darkness within people.

As befits a dark fairytale, Edna is a complex protagonist. She combines the innocence of the child-hero with the casual prejudice of the semi-privileged. Already hating the Hags for simply being different, the revelation that they aren’t merely the healers they are thought to be merely adds reason to her dislike. However, as she discovers more of the true nature of magical beings, she finds this all-to-plausible rejection of the Other challenged.

The supporting cast are equally both archetypal and individual. Villains plot elaborate schemes using kidnapped children, but are also an oppressed minority who love their own children and help their friends. Nobles treat the lower classes as next to moving, talking furniture, but also strive to overcome the restrictions of a stultifying social structure.

These dichotomies in plot, character, and world are reflected in the accessibility of the novel: as with the fairy tales from which it draws, the story will appeal both to those on the cusp of maturity and those well past it; but for different reasons.

Overall I enjoyed this book. I recommend it for readers looking for an interesting fusion of steampunk society and magic.

One thought on “Cogling by Jordan Elizabeth”