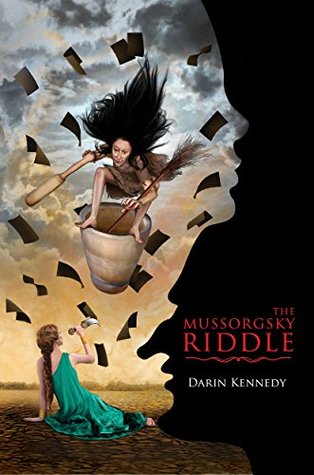 Filled with the looming horror, comedy, hope, gritty images, and soaring possibilities of its inspiration, Kennedy has created a novel that encompasses several genres without sacrificing the depth of any.

Mira Tejedor makes her career as a psychic, finding people and objects when others can’t. Compared to the harrowing images of a kidnapping case, the request to help a psychologist find the cause of a thirteen-year-old boy’s semi-catatonia seems like the rest she needs. She quickly discovers Anthony Faircloth’s psyche is shattered into pieces matching the movements of Pictures at an Exhibition. At first, the greatest danger seems to be failing to gain Anthony’s trust, but the further Mira travels into the suite, the more she discovers the trauma that broke Anthony’s mind might not be over, or targeting Anthony alone.

While many stories are inspired by pieces of music, keeping the music visible throughout another without the sense that the plot is subservient to the musical references is hard. It is therefore fitting that Kennedy has managed it with a piece of music itself inspired by an art exhibition.

Intertwining the stylised images and transitions of Mira’s journey into Anthony’s mind with the highly realistic investigation of a missing teenager, the novel compares and contrasts physical truth with emotional meaning. Then undermines the reader’s certainties by bleeding one into the other.

It is this blending that might – while it is not objectively a weakness – be the area that makes it least engaging to some readers. In successfully making it both a gritty crime thriller and an exploration of psychic powers, Kennedy risks both being accused of not being realistic enough and not having enough fantasy.

Mira is a well-crafted protagonist. Burdened by the weight of seeing what others don’t, she is constantly torn between those who believes that she can (and so should) solve anything, and those who want nothing more than to punish her for being a fraud. However, Kennedy does not define her by her psychic powers: she is also torn between her need to help others and the strain it places on her relationship with her young daughter.

The supporting cast is equally well written. As the story progresses, each of them struggles with the question of faith vs logic: both over Mira’s potential powers and over trusting things will be for the best. This development is especially skilled in the movements of Mussorgsky’s suite. The first entrance of each movement has the defined, almost stereotypical, form of a ballad or fairytale; but each return reveals greater depth behind the surface.

While each aspect of the book holds its own, it is – as with a suite of music – the gestalt of them that truly raises it above the average. Like a cheerful refrain becoming unnerving with a slight change in tempo, recurring elements move the reader between looming dread and budding hope without denying the reader a growing experience of the world.

Overall, I enjoyed this novel greatly. I recommend it to particularly to readers seeking either character-focused fantasy or an engaging psychological thriller.

2 thoughts on “The Mussorgsky Riddle by Darin Kennedy”