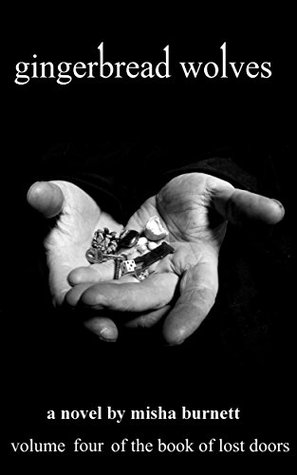 Drawing the reader deeper into his universe of gnostic metamathmatical outsider gods and human insignificance – but rejecting Lovecraft’s obsession with depressed moaning about degeneracy – Burnett delivers a fast-paced thriller that doesn’t skimp on consequences.

The rest of this review might contain spoilers for the previous volumes: Catskinner’s Book, Cannibal Hearts, and The Worms of Heaven.

Following the oblique hints and tangential moves of The Worms of Heaven, Agony Delapour finally reveals her strategy: to kill a god destined to end existence – or at least the bit that is of use to her. James’ grasp of the limits of flesh combined with Catskinner’s talent for moving other people past them have helped him protect the life he has built, but how can he fight an enemy that is beyond the limits of flesh and time?

On the surface, this is the obvious escalating threat of high fantasy and science fiction: having discovered his past and defeated both mortal threats and anti-heroes, the mighty warrior sets forth against a threat to all humanity. However, the second war in heaven trope is only tangential to the real conflict: saving existence without losing what makes it worth having.

A fusion of force and emotion, James-Catskinner is a creature of action not intellect. Faced with events he cannot understand and an enemy he cannot kill, he is forced to watch people he loves get hurt. And the person who does have a plan, Agony, makes no secret that any universe that isn’t uninhabitable to Agony is a win; the rest of humanity is a price to be paid.

Intellectually, sacrificing a few people (or even a significant proportion if humanity) to save existence is clearly the better choice. But, as the injuries and arguments mount, Burnett makes full use of the fact neither James nor Catskinner have the faculties to know whether Agony’s plan is the only way. Should he be the footsoldier Agony’s plan (allegedly) needs? Or should he do what he thinks is right, even if it risks everything?

As in previous volumes, the engaging metaphysics is mixed with even more engaging character arcs. As befits entities outside comprehension, the ancient gods and their influence are ciphers crafted from logic and surrealism, with the focus of the book on the humans, unaltered and variant, facing the same struggles of love, trust, and happiness as before the apocalypse was to come.

As with the previous volumes, this is one of my favourite books. I recommend it to readers seeking fast-paced action with n-dimensions.

One thought on “Gingerbread Wolves by Misha Burnett”