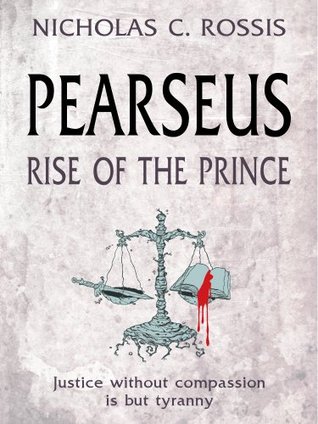 Combining a well-realised twist on devolved civilisations with a firm grasp of the power of emotional and spiritual factors in shaping action, Rossis creates a possible future humanity that seems plausible on both a logical and visceral level.

When the colony ship Perseus crash-landed only a handful of humans survived. Three hundred years later humanity has spread to cover much of the planet they named after their ship, pushing the previous inhabitants, the First, into the wilderness. Riven by political disagreement, humanity now lives in three loose nations of city states, for ever on the verge of outright war. Humanity’s history is evidence enough that conflict grows from the most mundane events, but is there – as the First allege – a larger conflict beneath the bickering?

Unlike many books featuring civilisations built by the survivors of a great disaster, this novel is neither one of unaccountable amnesia nor surprising success. While Rossis takes full account of both the impact of the initial crash on loss of skills and knowledge, and the lack of suitable resources the new world brings, human civilisation is aware of its past and the reasons for some compromises made.

Combined with the pre-existing civilisation, this produces a setting of mostly feudal states both using high-tech solutions as a limited resource rather than magic and holding to odd faiths and superstitions.

This melange of (now) ancient human history with aboriginal beliefs and social compromises is perhaps best shown in Rossis’ use of reworded human stories: formally educated generals and native shamans alike tell famous Chinese aphorisms set in other settings; characters discuss Persian ancestry with the same interest as their ancestors roles on the colony ship.

Having created an interesting variation on post-apocalyptic growth, Rossis adds overlapping threads of both personal growth and international politics, giving the novel the feeling of epic fantasy without the length.

However, perhaps as a result of this compression of an immense history, Rossis in places adopts a style more usual for a text-book than fiction: rather than providing evidence of events and leaving the reader to assemble the world, actions and decisions are sometimes followed by a neutral explanation from the narrator. This is especially noticeable at the start of several chapters that open with several sentences of action followed by one or two sentences that tell the reader how long has passed since the last chapter and what significant events have happened in that time. While this jumping between key series of events with intervening time being treated as not worth full consideration does support the prophecies and destinies alleged by the faithful, it also weakens the sense of cause and effect.

As befits a complex fantasy world, Rossis has created a cast of complex and distinct characters, many of whom get to be narrator of key events. This sharing of perspectives adds depth to both the civilisations and to characters’ appearances in other character’s arcs. And when Rossis remains with a character his development is solid; however, the extensive primary cast results in more transition skips, each of which risks the sense of character agency, potentially leaving the reader with a sense they have missed the real emotions behind actions.

Overall, I enjoyed this novel. I recommend it to readers seeking the engaging and varied world-building, philosophies, and cast of epic fantasy without the immensity.

2 thoughts on “Rise of the Prince by Nicholas C. Rossis”