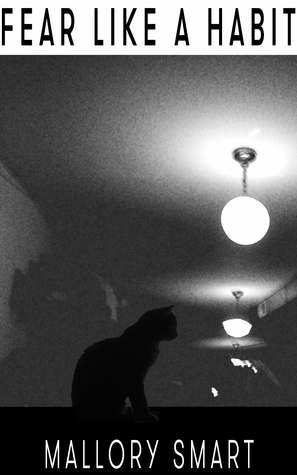 While this collection is, as Smart indicates in her introduction, fuelled by a youthful journey in search of alternatives to modern life, the rejection of the capitalist model is filled more with melancholy than rage.

This collection contains nine poems on the “industrial city”, a melange of the physical and social structures of the post-industrial nations.

Smart opens the collection with a short introduction describing her increasing awareness that industrialisation had begun a movement towards a one-size-fits-all society, distinguished not by geography or personal value but by interchangeability. Whilst overtly dedicating the collection to wanderers, this introduction is but the first suggestion to the reader that no place is better than another if the wandering is only a translation of place.

The apathy was in age,

And the outpaced youth were in crisis

Subverting the idea of progress, the opening poem shows younger generations hit by future shock while adults have withdrawn into a comforting numbness.

This progression from teenage struggle against powerlessness to uncaring acceptance continues throughout the collection, displayed not as a failure of the weakest in society but more as an inevitable step in post-industrial life.

I don ’t know what its like to sleep anymore,

I only know how to dream.

Even awareness of the risk is no defence. Taking as it’s vehicle one of the most common symptoms of social dysphoria, ‘Insomnia’ contrasts imperfections in the world with the imperative to survive. With the sleeplessness our dissatisfaction with the world brings denying us access to dreams, even our struggle becomes a force for acceptance.

Although the echoes of postmodern angst are sombre, the poems are flecked with wry humour: from the ambivalence of “[w]e lied on our backs” to the absurdity of having a war where “no one came”, Smart displays a lightness that both adds depth to the main themes and entertains for itself.

While never quite abandoning the hope that someone will get out of modern life alive, Smart saves the bleakest warning for last. The final poem, ‘Hitchiking With a Broken Thumb’, closes with a reminder that we are “[h]eaded everywhere but going nowhere”.

Parked in cars and one-way careers

The poems are interspersed with seven black-and-white photographs, each pleasing to the eye, some more obviously manipulated than others. Ranging between images of the utterly artificial and the overtly natural, they suggest alternative concepts of travel, both physical and metaphorical. With only the final image, that of a youth with a backpack walking through a stream, appearing clearly linked to the poem it abuts, any relevance and deeper meaning is left to the reader.

This provision of images not answers is perhaps the path away from a decline from frenetic impotence to wasted possibility. As is suggested by the epigram from Whitman at the beginning of the introduction, problems are not solved by creating images of a better world, but by perceiving this one more clearly. What if, instead of discovering that other places are no better than this one, we seek to live as if where we are is of value. Neither running from nor running towards, but truly being where we are.

Overall, I enjoyed this collection immensely. I recommend it both to readers seeking a perspective on disengagement and those looking for fluid language.

I received a free copy of this collection from the author in exchange for a fair review.