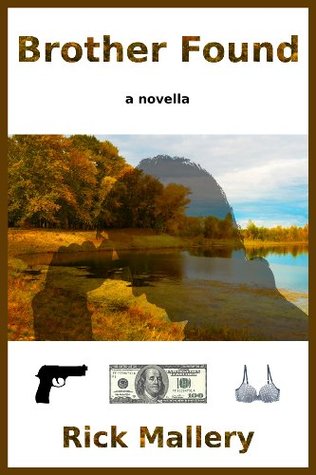 This crime novella repeatedly adds new evidence and perspectives, allowing the reader the joy of unravelling the mystery without making it too easy.

Danny Meeks turned his back on the family business of theft. But the combination of inheriting his father’s judgement debts and the collapse of the housing market, turned him from a house renovator on the up to a man working multiple jobs just to stay afloat. When Joey, his long-lost brother, appears with a sack of stolen money and the alleged site of his father’s missing stash, he must choose between family and morality.

Mallery skilfully interweaves the threads of Joey’s descent into crime, their father’s historical crimes, and Danny’s attempts to put the past behind him to produce a story where the reader is uncertain what is coincidence and what is connection.

However, this careful revelation of facts is occasionally taken too far. Most noticeably, the sub-plot around Danny’s attempts to formally adopt his step-son is suddenly radically altered in the last few pages by a character revealing significant information without having displayed any strong reason not to have mentioned it earlier. This pulls the rug out from under the reader, weakening the otherwise solid sense all the mysteries can be solved by putting together the clues available.

As the novella, both in pace and actual length, is not long, this sudden resolution of certain events can feel a little like a missed opportunity rather than an attempt to focus on the major plots.

Danny’s struggle to be both a good husband, a good father, and a good man is extremely well realised, and makes good use of situations where achieving one risks the others.

The supporting cast is almost all similarly well written, displaying an appropriate mix of broad characteristics and specific nuances for the depth of their involvement in the various plots.

Of particular note is Mallery’s adept handling of a character being both homosexual and a transvestite. Rather than emphasise their otherness or shy away from negative reactions, he makes these traits just two parts of the character’s personality, and shows a variety of nuanced and plausible reactions to each from the other characters.

Overall I enjoyed this novella. I recommend it to readers looking for a fast-paced mystery.