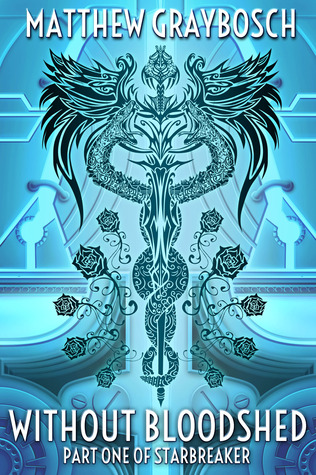 Graybosch has skilfully merged aspects of rock music, science-fiction, and ancient conspiracies, from both the West and the East, producing a novel which will be enjoyed by both lovers of classic techno-thrillers and animé fans.

After the partial collapse of society, the Phoenix Society arose to hold the new governments of the world to a code of morals. Morgan Stormrider has served the Society loyally for over a decade, dealing out a clean death to any who raise arms against the Society’s operatives. Tired of moving from place to place, seeing the worst of humanity, he wishes to retire. But first he must complete one last mission: bring in a newly-established dictator in alive, proving he is more than an assassin paid by a brutal cabal to suppress dissent. But when he is framed for his ex-girlfriend’s murder, he is forced to question whether the accusations are true.

Graybosch has created a distinctive world which combines the luxuries of a post-capitalist society with hints of the wreckage of social collapse beneath. The history, both recorded and secret, is carefully embedded, creating a balance between leaving the reader struggling to understand the world and wondering why characters have suddenly broken into detailed exposition of famous events.

The unfolding of conspiracies within conspiracies is similarly handled, giving the reader a sense that events that are not immediately clear are a plausible reaction to secret plots that will be revealed later.

Morgan Stormrider is a well-rounded character, possessing both a complex personality and a life outside of the Phoenix Society; he still believes that killing is a legitimate part of a just society, but now longs for a stable relationship with the woman he loves. This makes his struggle to clear his name a complex tale of personal growth, rather than a simple rehashing of a gunslinger’s Road to Damascus.

The other characters also lead rich lives outside of both Morgan’s quest and the subsidiary plots, creating a real sense events are part of a greater whole.

However, it is this rich other life which also potentially creates the greatest obstacle to some readers: while they might be unsurprising in animé, international police assassins who are also rock-stars are not a common trope in Western science-fiction. However, the dual roles exist within a framework of mature dichotomy rather than the shallow farce of children’s morning television, so a reader who gave up at that point would be doing both themselves and the book a disservice.

Although the novel is strong enough to invite rereading on the plot and characterisation alone, Graybosch has seeded occasional nods to progressive rock and other classics of music and literature. Some will leap out at readers familiar with his influences, others hide behind engaging plot, and some might be coincidence, opening the possibility of subsequent readings merging the hunting of the Easter Bunny with that of the Snark.

Overall I enjoyed this greatly. I recommend it to readers who do not despise the fusion of cultures and styles.

One thought on “Without Bloodshed by Matthew Graybosch”