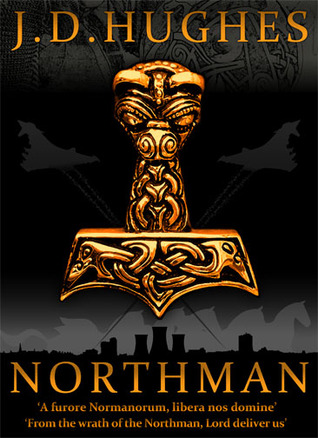 Jumping between different times and characters, Hughes successfully builds a tale of evil spanning both continents and millennia. Raising questions of what life after death might be, the novel moves beyond the quick thrill of the ghost story into the realms of existential terror.

A string of freak occurrences lead to a German bomb lying untriggered in the barrow of a Thorkil, a Norse raider killed by Celtic magic, until the Twentieth Century. When it finally explodes it tears apart not only the barrow but lives, and eventually time itself. Kate, an archaeologist doubting her vocation, and Michael, a film director who finds her naked and crazed near the remains of the barrow, find themselves drawn together again and again as bad luck strikes wherever artefacts from the barrow are stored.

Although Hughes maintains a coherent voice throughout, the different time periods also have their own authentic style: Thorkil’s death is recounted in a rhythmic, simile-filled prose reminiscent of saga; the bombing of Derby is delivered in clipped sentences familiar from military tales. A similar nuance exists in the characters’ voices and actions.

The tension rises quickly without sacrificing the essential mystery. Skilful use of divine irony allows the reader to know there is a supernatural explanation while the characters are still blissful ignorant, but the evidence revealed still leaves the reader facing the question, is the threat a resurrected Thorkil, the remnants of the Celtic spell, or something else?

In parallel with the ongoing horror of a tightly-formed ghost story, the novel raises questions about the place of violence in society; is Thorkil evil if he is a hero by the mores of his people? Is killing honourably murder? Is killing of any kind evil if death is not the end of life?

Although the book would be sound on either of the threads, it is Hughes’ balancing of the visceral and intellectual that truly gives it enduring appeal; even knowing what will happen, the prose and themes invite rereading.

I enjoyed this novel. I recommend it to readers who enjoy brooding horror or spiritual themes.