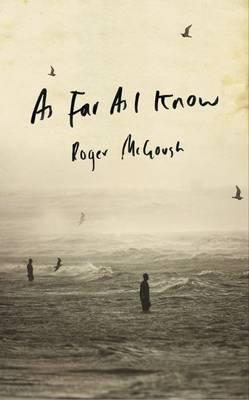 These poems display McGough’s characteristic whimsy and plays-on words. However – unlike his work for children – the lightness and accessibility are often a thin veneer over emotional insights and social commentary.

The collection contains 53 poems, most of which are published there for the first time or have been revised for the collection, on a variety of subjects from growing older to the oddities of language. While a few run to several pages, most of them are less than two pages.

The works span many styles, from classic metre and haiku to lists of definitions and descriptions echoing Bierce’s The Devil’s Dictionary, each displaying a seamless facility with language and its absurdities.

Each of the poems is fully able to stand on its own, making the collection ideal to dip into when time permits. However, there are also links running between poems: some of the characters to whom poems are directed also voice poems themselves, reflecting back new perspectives; some of the words redefined in poems are used elsewhere creating subtleties of meaning between the verse using the standard definition and using McGough’s whimsical reframing.

Starting in the opening lines of Take Comfort, the first poem in the collection, and continuing throughout the collection, is a unifying message that life can be a source of great joy if it is not taken seriously all the time. These are poems written from the knowledge that love, of specific people or the world in general, is real and powerful.

Not all the absurdities McGough exposes are mined for comic effect: Defence expresses compassion for insurrectionists denied an enemy to fight by the withdrawal of peace-keeping forces, while Father’s American Walking Sticks builds a tale of horror from the inheritance of a father’s stick insects.

I enjoyed this collection greatly, and will almost certainly return to it in the near future. I recommend it to anyone who enjoys humour, nuances of language, or gentle social commentary.

One thought on “As Far as I Know by Roger McGough”